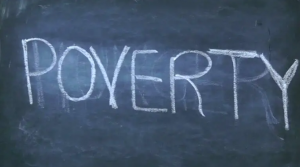 •As Jaiz Foundation doles out N10m to 75 needy

Imam Abdul Hakeem Abdul Lateef has commended Jaiz foundation for the empowerment initiative to the needy in the society while urging other non-governmental organizations to engage in similar projects by assisting people around them.

According to the former Lagos State Commissioner for Home Affairs, Poverty is one of the major cause of crime in society.

“The fact that so many people are idle and challenged would encourage crime. This sort of initiative will greatly reduce that.”

During his lecture on Zakat, Sadaqah and You, Imam Abdul Lateef said Zakat, one of the pillars of Islam was established by Allah to ensure the even distribution of wealth between the rich and the poor.

“Nigeria has so much but people have flagrantly disregarded the need to give even within their immediate family. People rather outshine one another in irrelevancies and show off. Allah blessed us so we can be charitable to the needy, orphans, neighbors and parents.

If the charity is as it should be, poverty and suffering would have reduced. Everyone will be accountable on the day of judgement,” he emphasized.

According to the CEO of Jaiz charity and development foundation, Dr Abdullah Shuaib, the N10 million disbursed to the 75 beneficiaries was both in cheque and empowerment items. He stated that the empowerment items such as 3 industrial machines, stone engraving machine, 3 deep freezer, 3 generator set, 3 pepper grinding machine, 2 laptops were all requested by the needy. Cheques, he added were disbursed to those who needed money for starting their business. While some would be given 500,000, there are those who would be given 250,000, 350,000 and some were given N50,000.

“Our intervention in the past has reflected that their business became expanded and this would alleviate poverty in our society. More people will be engaged and we believe that these people would be self-sufficient and they will no longer be dependent on people and that will prevent many from asking for alms from people. The empowerment will make them have what they can earn from, a legitimate source of livelihood.”

A beneficiary, Monsurah Maadan Tajudeen said she heard about the Jaiz donation through a sister. The trained fashion designer told our correspondent that the sewing and heat steam machine giving to her would empower her. She hinted she would rent a shop, put the machines to good use by making Islamic items such as hijabs, jilbabs, shirts with the machines donated to her.

She expressed her appreciation to the foundation for the empowerment initiative.

Another beneficiary, Salman Lukman who has been practising as a pest control and horticulture expert who also specializes in post-construction cleaning, Dot Clean venture, disclosed that the cheque donations he received would be used in purchasing more machines as well as expanding his business. “With this type of empowerment program, many unemployed will be out of the street,” he said.