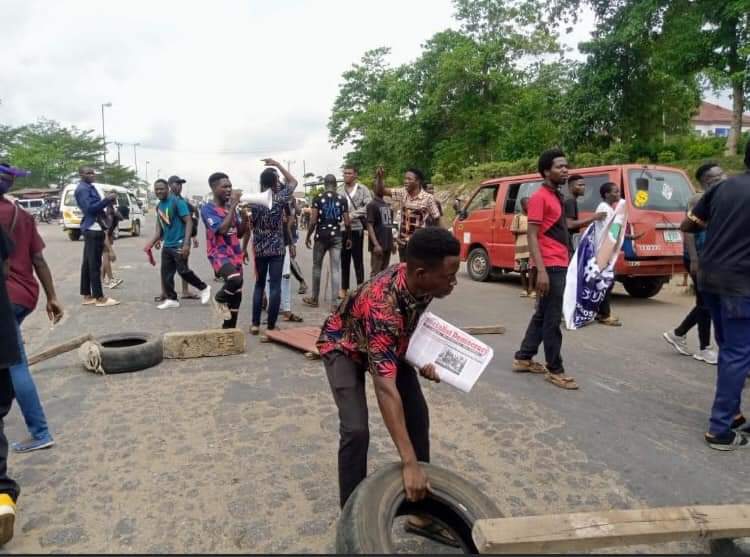 The ever busy Ife-Ibadan express road was blocked again on Friday, as students of Obafemi Awolowo University (OAU) Ile-Ife, Osun state led other students on protest against the ongoing debacle between Federal Government and the Academic Staff Union of Universities (ASUU).

The protest resumed as early as 7am with students blocking the highway around Oduduwa University thereby creating heavy gridlock inward and outward of Ile-Ife.

The gridlock as at 12noon has extended to Gbongan on the highway with motorists traveling towards, Ife-Ilesa-Akure held in the gridlock.

Chairman, Nigeria Association of University Students (NAUS), Eruobami Ayobami while speaking with newsmen said the protest would be a daily routine until the FG finds a common ground with the academic union towards funding university education appropriately.

The students created barricades on the highway using used tyres and human shields while some of their leaders addressed motorists and passersby.

ASUU and federal government have been at loggerheads leading to over three months strike now.

No end in sight as the academic staff on Monday extended the strike by another three months.