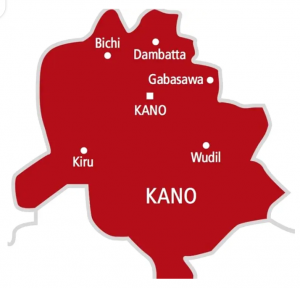 The Kano Zonal Command of the Economic and Financial Crimes Commission, EFCC, has on Wednesday arraigned a Bureau De Change, BDC operator, Yusuf Yakubu before Kano State High Court presided over by Justice Sanusi Ma’aji for a charge bordering on misappropriation.

At Wednesday’s court sitting, the charge was read to him, “that Yakubu Yusuf on or about 14 of January 2021 within the jurisdiction of this Honorable Court, with intent to defraud, dishonestly and misappropriated the sum of N149, 000,000 (One Hundred and Forty-Nine Million Naira only) belonging to Oliver Ogokumaka and Obumnemi Okoli and thereby committed an offense contrary to section 308 and punishable under section 309 of the Penal Code.”

The defendant pleaded not guilty to the one-count charge. The prosecution counsel, Musa Isah however asked the court for a trial date.

Counsel to the defendant, Abdul Adamu informed the court that he had filed a motion challenging the jurisdiction of the court.

The presiding Judge, Justice Ma’aji however adjourned the matter till August 18 for argument on the motion.

Justice Ma’aji granted the defendant bail of N50, 000,000 (Fifty Million Naira) and two sureties in like sum. One of the sureties must be a relative of the defendant and both must also be residents of Kano. Their business addresses must also be verified.