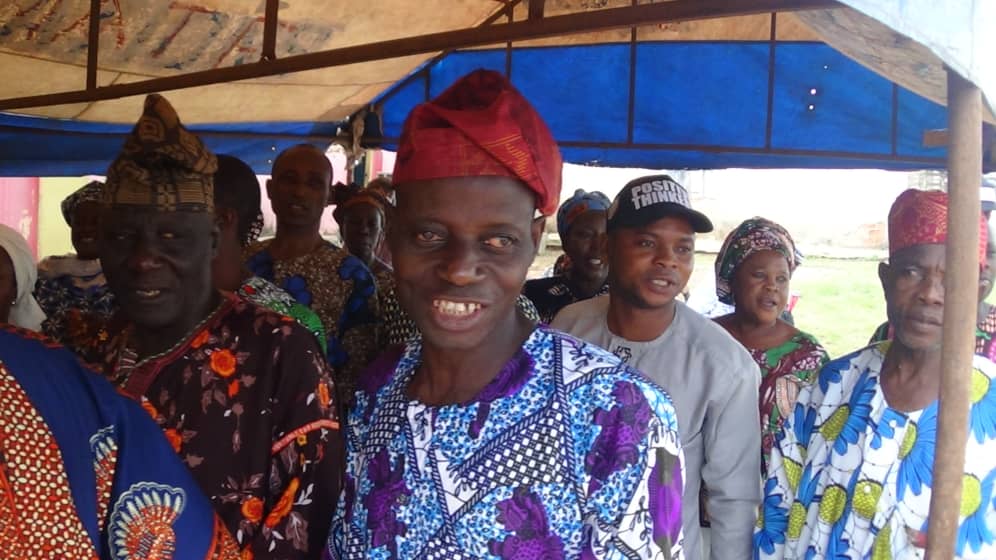 South West Coordinator of Positive Thinkers, Mr. Akinjimi Sunday has enjoined members and supporters of the People’s Democratic Party (PDP) to remain united and work towards success of the party in the forthcoming election in Osun State.

The Ifetedo born grassroot politician stated this on Saturday, July 31, 2021 during the PDP meeting which held at Aare Ward, Ifetedo in Ife South Local Government where loyalists and supporters of the PDP resolved to form a common front for the progress of the party.

Mr. Akinjimi whose political platform in South West, “Positive Thinkers” facilitated the emergence of Seyi Makinde as the Governor of Oyo State urged Chieftains of the PDP to mobilize those who have attained voting age bracket and those whose cards have been damaged or lost to visit INEC centre and register for the new one.

He also promised to assist the party towards ensuring that those who live in remote villages in Ife South and its environs are able to participate in the exercise.

“I am happy with the massive turn out of our people for this meeting, which is a good sign that the PDP in Ifetedo remains unshaken.

“I want us to understand that elections in Osun is fast approaching and there is the need for us to prepare. One of these is by getting our voters’ cards ready by participating in the ongoing continuous voters registration exercise. For our people not to be disenfranchised, I will provide assistance for those who live in remote villages in Ife South to be able to take part in the process,” said Akinjimi.

Chieftains of the PDP who spoke at the meeting such as Pa Huzzein Akinyoade, Alhaji Ismail Odefisayo, Chief Oyekunle Oyedeji, Mr. Kamoru Adegbite, Mrs. Banke Adenike among others lauded Akinjimi on his efforts at bringing together all members of the party in Ifetedo and beyond for the PDP to bounce back during next year’s elections.

They similarly charged members to see the ongoing continuous voters’ registration as an avenue of getting the power to vote during elections and advised everyone to be ready for PDP congress that will usher in new executives to paddle the canoe of the party to a greater height.

Pa Akinyoade said the only party Chairman in Osun State is Mr. Sunday Bisi adding that PDP remains united under him and would not allow any gatecrashers to ruin efforts of the founders of the party.

Highpoint of the meeting was the nomination of a representative from all units in Aare ward who will serve as mobilization and liaison agents. Those present at the meeting were entertained with gifts brought by Mr. Akinjimi.