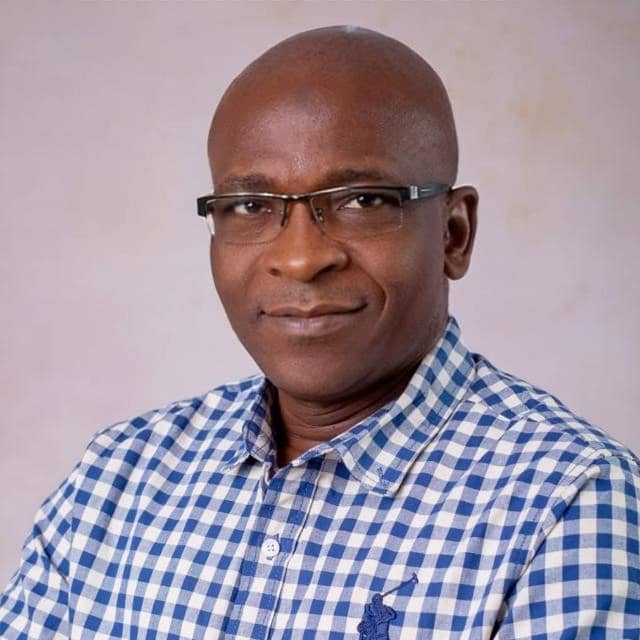 The National President of the Federal Polytechnic, Ede, Alumni Association, Mr Bashir Shittu, has cleared air over his purported suspension, described it as spurious that has no validity.

Shittu in a media chat with newsmen said he understood those behind it, saying no amount of blackmail or false allegation can stop the association from moving forward. “Yes, the National General Secretary, Bldr Buari Abiodun (Ph.D), wanted to be the next President, unfortunately, he lost after many attempt to disqualify his opponent.”

“I can tell you categorically that all money spent got approval, and due process was followed. By virtue of my background, I cannot do anything without proper documentation.”

“I would like to refer to the purported letter on the above subject matter that was circulated throughout our various platforms which I see as a child’s play and to urge to disregard the entire contents because I see it as malign my personality.

“It is clear that the authors of the alleged letter are desperados who wanted to hook on to the power at all cost but has no locus standi of effecting any suspension. Our ratified constitution is pretty clear about the procedures of suspension to any erring member.

“We all have seen the handwriting on the wall of their desperation in the last ten days towards our electioneering process, but we thank God for the successful election, and this is another landmark in the history of our dear Association. I want to thank everybody for the collective success.

Speaking on the appointment of Ag. President, Shittu said it’s alien to the association’s constitution. He stressed, “Concerning suspension, I am still the outgoing National President because Ag. President is alien to our Association because we have all the necessary structures (I mean, organs of Alumni – BoT, CEC, NEC and Congress) are in place, and these organs have roles to play within and among each other. All these organs are not even privy to the alleged issues not to talk approving it if any.

“On the issue of financial misappropriation, I want to say those intruders are mischievous because there was never anything I do without the approval, meaning that I have the mandate of all Executives on all our transactions, because we work together, but am surprised when majority of those concerned NEC members sensed that they are about to loose election, resulted in distracting the attention of everyone. Initially, it was petitions issue, followed by court originating summons seeking clarification on constitution and now ended with financial misappropriation.

“The figure in their alleged letter of suspension is related to the Fundraising Event that we had last year which report had been presented to Fundraising Committee and discussed at NEC, and it is important to note that 3/4 of NEC members are also members of the planning committee, and I wonder why the total amount spent on the Fundraising Event which was successful can now be misconstrued as being misappropriated by the President alone.

“Nonetheless, everything we do at NEC has collective responsibility role, and we should be held accountable for our actions. I would therefore want to recommend that Audit/Probing Committee comprising representatives of BoT, CEC, incoming NEC members and our External Auditors be put in place to look into our books.

“Our Alumni Association has now changed the narratives of how we used to do it, and we would like to hand over to the people that will move it forward beyond the current state, I am therefore advising all and sundry to relate with our CONSTITUTION so as to be accustomed with it’s content.

In his reaction, the National Financial Secretary, Salahudeen Babafemi said there was nothing like financial misappropriation. He noted that those peddling the falsehood are choose to be mischievous and trying to put the name of the association into disrepute.

“I am the financial secretary of the association, all the transactions that took place were duly sanctioned by the NEC.

The National Secretary, Bldr Buari Abiodun, who wrote the letter of suspension wanted to be next president, unfortunately, he lost. I believe contesting an election is a call to service, if you lose one, you win another. I don’t know what he stands to gain from maligning and blackmailing the president of financial misappropriation.

“As the financial secretary, I can tell you authoritatively that there was nothing like financial misappropriation.

In the same vein, the National Treasurer, Mr Tiramiyu Obasanjo said what the National Secretary did was illegal. He stressed “Who gave approval for the meeting he conveyed where he suspended the president?

Speaking further, the treasurer said, “I am the National Treasurer, all our expenses were fully documented and proper approval were given.”

“It’s sad that some individuals would just decide to blackmail fellow being all because you couldn’t get what you planned for. Truly, the National Secretary wanted to succeed the outgoing president, unfortunately, he lost. By the time he saw that he won’t be able to win the election, he went to court to obtain a court injunction, unfortunately, what the injunction said has nothing to do with our election.

Recall, some of the NEC members over the weekend rose from a meeting and declared the National President suspended over what they described as financial misappropriation.