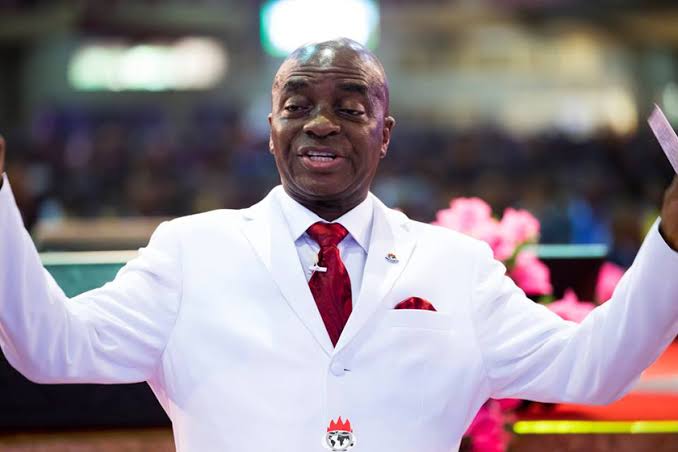 Founder of a South African-based church, Abba Father Ministries, Isaiah Okechukwu has placed one of the pastors sacked by the Living Faith Church Worldwide, aka Winners Chapel, Pastor Godwin Onoruoiza on N100, 000 a month salary for the next 5 years pending when he finds his feet.

In the post, he compared Oyedepo’s action to that of Nigerian businessman, Obi Cubana and shared a screenshot of his first payment of N100, 000 to Godwin, one of the pastors affected by the mass sacking.

“This reason why some people are not condemning Bishop David Oyedepo is because he is the Godfather to their spiritual fathers and for that they have become imbeciles who cannot speak up and talk.

“The same godfatherism in politicians lives is the same game that is being played in the church of God.

“Indeed Oyedepo and some of our fathers have a lot to learn from Obi Cubana,” he added.

SaharaReporters had reported how a man who identified himself as a former pastor of Winners Chapel, Peter Godwin, was allegedly sacked for not generating enough money in his branch.

A video video of Pastor Godwin went viral last week. In the video, he narrated that he and about 40 others were dismissed for not generating enough income for the church.

He claimed he was invited with about 40 of his colleagues by the state pastor on July 1, 2021, and were all sacked over low incomes generated in their branches.

Godwin, however, failed to mention the name of the state.

“So after that, I started working, engaging myself in the work of the Lord. I tried my possible best to make sure I win souls for Christ but unfortunately, on the 1st of July, I received a call that the state pastor wants to see me, so I thought I was the only one. I was surprised, so I went to his office.

“When I got there, I saw other pastors too, over 40 of them, so I joined them. A few minutes later, we were issued a letter. I opened the content of the letter to see what was there and I saw that it was a sack letter.”