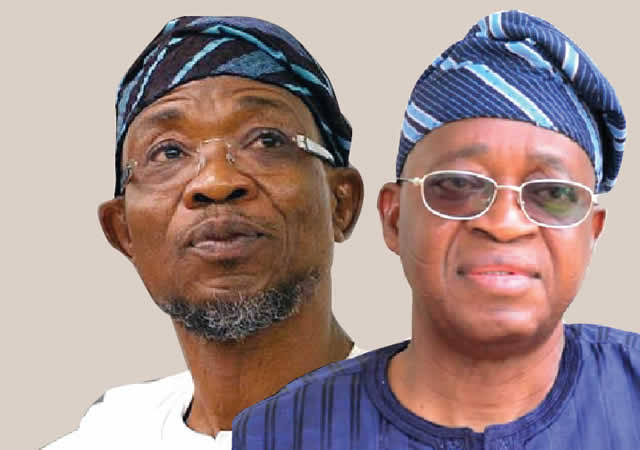 Former Governor Rauf Aregbesola-backed The Osun Progressives (TOP), which is challenging the validity of the Ward, State and Local Government Congresses conducted by the All Progressives Congress, APC, national secretariat, on Wednesday suffered a setback as its hope was dashed.

TOP is a splinter group within the APC contesting for power, space and relevance within the larger Osun APC led by Prince Gboyega Famodun.

The group had approached the court, seeking the nullification of the Osun’s Ward, Local Government and State Congresses on the allegation that they were not properly conducted.

It had boosted last week that it will get the court to upturn the congresses this week.

But the Independent National Electoral Commission, (INEC), has approached the Federal High Court to reject the case of the splinter group on the grounds that the court lacked jurisdiction to entertain the matter.

In the preliminary objection filed by INEC before the Federal High Court, Osogbo, against the substantive motion of TOP seeking an order of the Court to invalidate the ward, local and state congresses of the APC, INEC counsel, Mr. Muyideen Adeoye, contended that INEC’s position was pursuant to the provisions of Sections 251 of the 1999 constitution (as amended) and 87 (9) of the Electoral Act 2010 (as amended).

Mr Adeoye said “The Court would not be able to do what the Law has forbidden it from doing outright, hence, his Lordship should reject the claims of the applicants”.

He argued further that “where the Court lacks power to pronounce on the principal relief, it can not proceed to the auxiliary relief”.

Counsel to the splinter group within APC, Mr. Adesina Mohammud, SAN, countered the preliminary objection, urging the court to discountenance the submission of INEC and proceed to the substantive matter.

Mr. Mohammud posited that the court had the jurisdiction to entertain the matter and should so hold.

The Presiding Judge, Justice Emmanuel Ayoola, adjourned the matter to the 2nd of February for ruling on the preliminary objections filed by the APC led by Prince Gboyega Famoodun and INEC challenging its powers to hear the Matter.