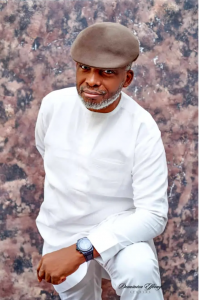 Chairman of the Cross River Caucus in the National Assembly, Sen. Gershom Bassey has asserted that some Nigerian politicians were fair weather politicians that go with the wind.

He made the assertion at the burial ceremony of Madam Comfort Asuquo, the mother of the House of Representatives Member for Akamkpa/Biase in Cross River state, Mr Daniel Asuquo.

Bassey said, he has been involved in politics for quite some time with Dansuki in almost 20 years and has come to see him as a highly principled politician.

He words :”I have come to realize that Dansuki is not just a very good politician but is also a highly principled politician. He is a politician that stands for something, he is not a backward politician.

“You know in Nigeria, we have politicians that just go with the wind all over the place. But this man Dansuki, is a politician that stands on principles”.

Eulogizing Dansuki and the deceased mother, Bassey who represents Cross River South Senatorial District in the Senate, said, Dansuki had a good mother that brought him up well hence he is endowed with good qualities that have transformed to the development of his people.

He said “let us be proud of the family and mama and we continue to say may her soul rest in peace and may God grant all of you the fortitude to bear this loss.

“I want to congratulate Dan’s mother for instilling these values in Dansuki. So Akamkpa, I want you to be proud of the fact that you’ve produced a politician that stands for something.

“I have been mandated by the great class of chairmen of 1999-2002 to commiserate with you. Daniel Asuquo was the youngest member of that time. Like Senator Imoke said, Daniel at that time was the only member of that group that was single and mama had to fill the vacuum.

“We still know him as the youngest member of the great class of 1999-2002. Our legacies are there for us to see; he came to Akamkpa and transformed it because he had a mother who had the fear of God, gave him the right advice and put him through in many ways and showed him the way”.

While consoling Asuquo and his family, Bassey said, “I lost my mother about 25years ago but everyday I still feel her loss. So I want to tell members of the Asuquo family that this void is to be managed but can never be filled. So I pray that God will continue to give you the fortitude to bear this loss.”