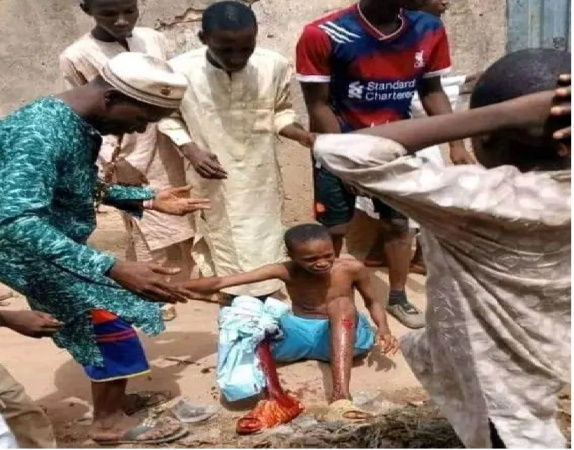 There was tension in some parts of Sokoto State on Saturday as protesters trooped to the streets over the arrest of suspects involved in the killing of a female student over alleged blasphemy.

The protesters wielded placards with inscriptions such as, “Release our Muslim brothers”, Muslims Are Not Terrorists”, among others.

Ahead of the protest, security personnel were stationed at strategic places, including the Sultan of Sokoto Palace.

A number of injuries have been reported after security personnel clashed with the protesters.

The youths also called on the State Government as well as security agencies to as a matter of urgency release those arrested in connection with the murder of Deborah Samuel on Thursday morning.

Our correspondent, who came across the youths procession along Maiduguri road, saw the protesters armed with placards with different inscriptions while they were shouting “Allahu Akbar” translated in English as ‘God is great’.

It was learnt that the protest started at the roundabout of Zabira mall and they marched through Gao-nama onwards flyover within the state metropolis.

The clash was said to have occurred around the Sultan’s Palace as security operatives dispersed the crowd.

Reacting to the deteriorating security situation, Governor Aminu Waziri Tambuwal of Sokoto state has imposed curfew on the state metropolis.