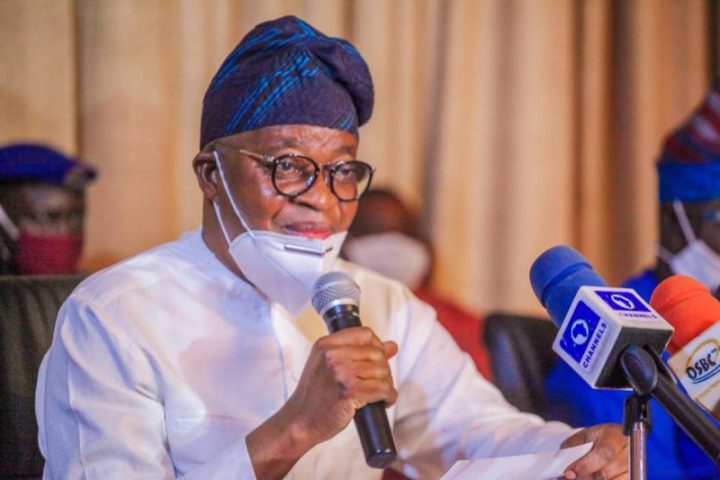 Ahead of the governorship primaries of the All Progressives Congress, the Osun State Government has raised an alarm over the influx of fake officials of the Nigerian Security and Civil Defence Corps into the State.

Commissioner for Information and Civic Orientation, Funke Egbemode in a statement in Osogbo on Thursday said some persons have stockpiled the uniforms of the NSCDC with intention to distribute them to some people of Saturday who will thereby be parading themselves as corps of the agency.

She said, “We are in possession of an intelligence report indicating that some persons have stockpiled the uniforms of the Nigeria Security and Civil Defense Corps , NSCDC, and the Nigerian Correctional Service with an intent to distribute them to non-state actors for use during the All Progressives Congress, APC, governoship primary election in Osun State scheduled for Saturday, February 19, 2021.

“We want to warn those behind this nefarious plot to jettison the idea as security operatives have been put on the alert and mandated to deal decisively with anyone bent on causing violence and destruction in Osun State.

“We also want to appeal to parents and guardians to rein in their children and wards so as not to lend themselves as tools in the hands of these merchants of death and instability, whose only stock in trade is violence and precipitation of crisis.

“Osun is known for peace, and as a responsive and responsible government, we are ready to take all legitimate steps to guard the enviable status very jealously.”