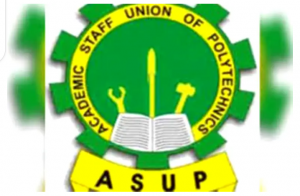 The Academic Staff Union of Polytechnics, ASUP, has called on the Federal Government to tackle insecurity and the high inflationary trend in the country, saying Nigerians are groaning in pain from the impacts of the two on their lives.

The union stated this in a communique issued at the end of its National Executive Council meeting held at the Federal Polytechnic, Auchi, Edo State.

The communique was endorsed by the National Publicity Secretary, Abdullahi Yalwa.

The communique read: “NEC  appreciates President Muhammadu Buhari for approving N15 billion as revitalisation fund for Polytechnics and Colleges of Technology in  Nigeria and also appealed to him to direct the immediate release of the fund to enable the sector enjoy the benefit of addressing critical infrastructure deficits.

“NEC calls on government at all levels to address the terrible state of security across the country and the disturbing threats to lives of citizens amplified by attacks on staff and students across all strata of education in the country.

“NEC calls on the government to do the needful to bring down prices of foodstuff and other essential items by putting in place strategies to support local production through revitalisation of industries and more robust soft loans for Nigerians interested in farming and other legitimate businesses.

“NEC calls on government at all levels to address the deplorable condition of roads in some parts of the country by fixing the bad roads and opening up new roads to network the communities across the country.

“NEC calls on the government and other stakeholders in technological education to as a matter of urgency ensure the compliance with the provisions of the 2019 amended Polytechnic Act in all institutions for the purposes of uniformity in quality and standards.

“NEC calls on the Federal Government to settle the 10 months arrears of the national minimum wage in federal polytechnics, to avoid further devaluation of the money, and that all state governments yet to implement the minimum wage as well as non-payment of arrears should do so without further delay.

“NEC calls on state governments to desist from using any tactics to avert or undermine the financial autonomy of the local government.”