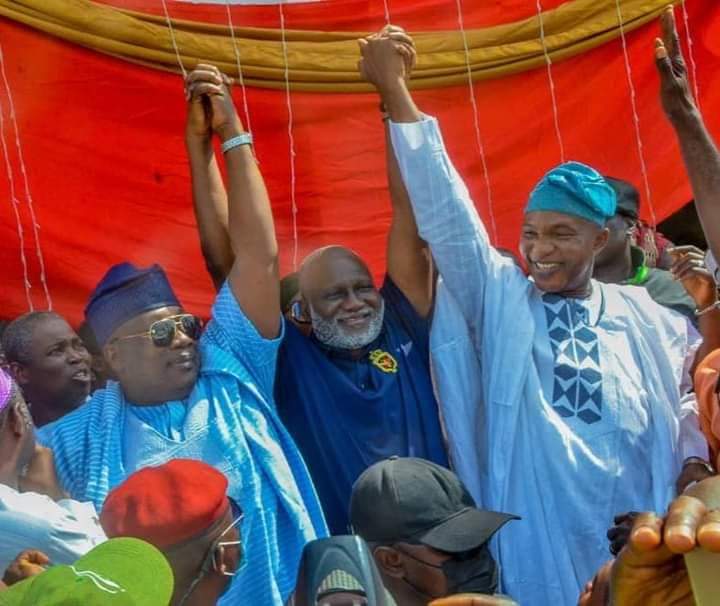 Former Deputy Speaker of the House of Representatives, Lasun Yusuff, Former Secretary to the State Government, Moshood Adeoti and Former Speaker of the Osun Assembly, Najeem Salam have all officially joined The Osun Progressives, a group with the Osun All Progressives Congress loyal to the Minister of Interior, Ogbeni Rauf Aregbesola.

The three politicians made their appearances at a special meeting of the group held at Oranmiyan House in Osogbo on Tuesday.

While Lasun has obtained nomination form of the APC to vie for governorship next year, Adeoti and Salaam are also believed to be eyeing the party ticket.

Our Correspondent who was at the venue of the meeting reported that the trio expressed their readiness to wrestle the party ticket with the incumbent Governor, Gboyega Oyetola. They also showered praises on former Governor Rauf Aregbesola.

Speaking Adeoti described Aregbesola as a man he adores so much. He said, “three things made me love Aregbesola so much. He’s an exceptional Governor who did what no one did.”